The word Ashram comes from the ancient Indian religio – cultural background. But to the principle of Ashram there are no territorial boundaries. In the history of human search for God in different parts of the world in many cultures, the Ashram concept has emerged. In India from the time of Vedandhas (1500 – 700 B.C) the concept of Ashram has started. As the reformers of the Indian religions started to live in forests, banks of the rivers and Islands in search of solitude to become spiritual human being by protesting the meaningless rituals and superstitions of the temple worship, the Ashram movement has started. They were not organized movements like today or places of worship in search of reality. They were the places where the spiritual Gurus have selected to sit in silence and meditate upon. In the sixth century before Christ, both Buddha and Mahaveer also observed the Ashram life style in India. They followed sadanas, asanas, pranayama, dharana and dyana. The Ashram is to avoid attempts for the mundane life and attempting serious and deep spiritual activities. In Sanskrit language to give a deeper meaning the prefix ‘ash’ or ‘aa’ is given to a word. Thus, the concept of Ashram gives more thrust for the observances of spiritual voyage. In the Indian system, the life span of a man is divided into four ashramas – stages namely, Brahmacharyashramam, Grihathashramam, Vanaprasthashramam and Sanyasashramam. In each of these stages the Ashram concept is very vivid.
During the Old Testament times of the Bible also there was a kind of ashram life. Elijah and Elisha who belonged to the group of former prophets of the 9th century B.C are included in this group. They were called seers. This word is equivalent to Irishi or Maharshi in Sanskrit language. Their life style and practices were unique. It is recorded in the Bible that through them many supernatural miracles and mysteries had been revealed. The Ashram of Elijah was situated at the Mount Carmel. They both were mystic yogis. Biblical scholars opine that Elijah was an ascetic – a Maharshi.
Christian monasteries were started during the fourth century A.D at Sinai in Egypt. During the seventh and eighth centuries a powerful monastic orders started in the western countries. Among these the Benedictine Monasticism is considered to be most important. During the 11th and 12th centuries Zeto has influenced the reformation and modernization of the ashram life in the church. St. Bernard, Ealred of Revo, William of Santheary and Guaric of Ignia fall under the second generation gurus. Following this the Sistetian tradition of monasteries spread throughout the world. Robert de Nobili (1577 to 1656) a Jesuit priest from Italy started Ashramam model ministry at Madurai in South India during 1610. But at that point the church had a suspicious eye on the activities of Nobili. Brahmabandhava Upadyaya (1861– 1907) who was called Sri. Bhavani Charan Banerji was a colleague of Swami Vivekananda, a contemporary of Rabindranath Tagore, a freedom fighter, a Christian Theologian and a mystic tried to write and spread the ashram systems in Bengali. But the then church did not support his ideas. 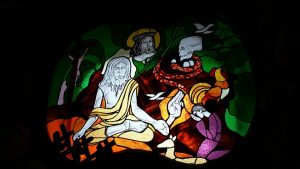 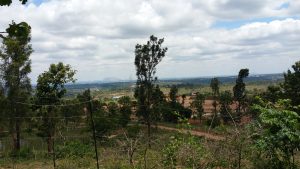 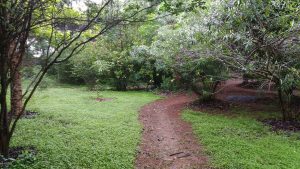 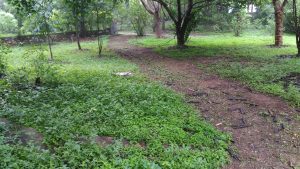